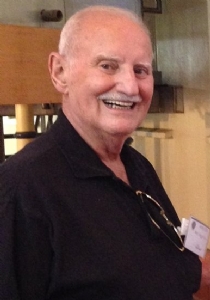 Tony Pascale Hattiesburg - The Hattiesburg community says goodbye to one of its long time stars Tony Pascale . Funeral services for Tony will be at 1:30 p.m. Tuesday, January 30, 2018 at the Hattiesburg Chapel of Moore Funeral Home with inurnment in Biloxi National Cemetery with military honors. His life journey spans over 8 decades beginning in Jersey City, New Jersey on November 28, 1935 and ending on January 25, 2018 in Covington County Hospital after a lengthy illness. His myriad of accomplishments include serving his country in the United States Air Force for 20 years active duty including tours of duty in, both, the Korean War and the Viet Nam War. Among the many experiences while in the Air Force, the one that mattered most to him through all the years was meeting the love of his life, Janet. Together they would share the journey for 64 years of marriage. Tony was committed to making his world a better place, serving in many capacities through the Veterans of Foreign Wars Post #3036, Elk's Lodge, Lion's Club, Rotary Club, Cancer Center, V.A., Ducks Unlimitted, Hattiesburg Family Y, the Chapel of William Carey University and the Thailand Orphans Leper Colony, among the many. He was a member of Oak Grove United Methodist Church. His love and care for people touched his professional career as well. He served as Dean of Admissions at William Carey University, where he poured his gifts and graces into many endeavors. He was also founder, owner and operator of Pascale's Framing and Photo for 30 years. He is survived by his wife, Janet Pascale; son, Richard Pascale (Becky) of Jacksonville, Florida; daughter, Gemia Pascale of Orange, California and grandchildren: Amanda Gerrard, David Pascale, Joseph (Amber) Pascale and Monica (Jason) Pascale, all of Hattiesburg and sixteen great grandchildren. He is preceded in death by his parents, Gus and Jessie Pascale, and a grandson, Mitchell Garrard.